Namibia Theatre and Film award-winning actor, radio host, full-time banker, and media personality, Adriano Visagie’s film, ‘Salute’, will be showcased in Amsterdam next month. In the film, written and directed by Phillipe Talavera for OYO, Adriano plays Charlito, a young prisoner who needs to make difficult choices in prison, not knowing whether life was better in or out of prison.

Namib Insider sat down with Adriano to get a glimpse of his professional and personal life:

Who are your favourite actors?
Locally – David Ndjavera
Internationally – Meryl Streep and Eddie Redmayne.
These are actors I feel have had challenging roles that they portrayed well. I can only imagine myself doing such great roles as well.

Which roles would you say were the hardest they’ve ever played?
David Ndjavera – ‘A monkey in a cage’ a UNAM drama piece.
Meryl Streep – ‘The Devil wears Prada’
Eddie Redmayne – ‘The Danish Girl’

What would be your dream role? What fun would you bring to it?
I believe every role I do challenges me and allows me to learn, however, a challenge would be to do a series. I would love to take up a challenge like that or a solo role where I am a drug addict or murderer.

Tell me about your first time acting.
I starred as an extra in ‘Meme Mia’ the ‘Mama Mia’ adaptation by Sandy Rudd. That was my first time being on the National Theatre of Namibia stage prior to doing High School and church productions. I then got cast in ‘Lammie Beukes’ adapted by Senga Brockerhoff where I played ‘Wouks’ a deadbeat, drug dealing father. I think after that I knew this was my thing. As they say; ‘that’s when the acting bug bit me…’ 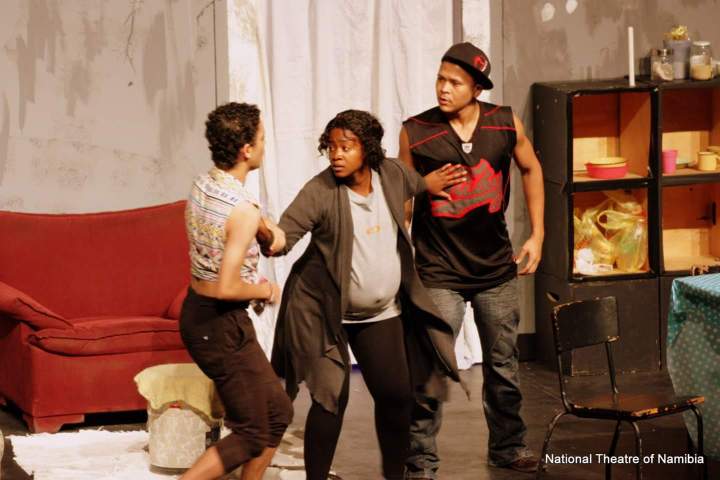 Any advice to aspiring actors?
If you want to pursue acting know that it’s a lot of work, if it doesn’t challenge you or if you don’t enjoy being at rehearsal then don’t do it. Acting requires a lot of discipline and dedication.

What is a fact people might not know about you?
I like the characters I portray on stage. It brings out the person I never knew existed. *giggles

When was the last time you had a really good night’s sleep?
WOW! Well, this normally happens when I go on vacation as my mind is always occupied. I had a vacation with my family in March 2018.

What’s your favourite food?
I love anything with chicken, pasta and pesto.

What are your thoughts on Namibia’s film and theatre industry?
We have a lot of room for development especially to those who want to venture into film and theatre full time. I think our awards should be celebrated yearly as opposed to every second year, but then again we do not have a lot of local theatre shows.

Thoughts on the pay rate of theatre actors?
With the paying rate we are currently getting one would be thankful to the NTN productions as they cater to a lot of stuff like from transport, to financing productions. However if corporates would scrutinize local talent and invest in Namibian actors we can definitely earn more, this includes royalties of productions, etc. 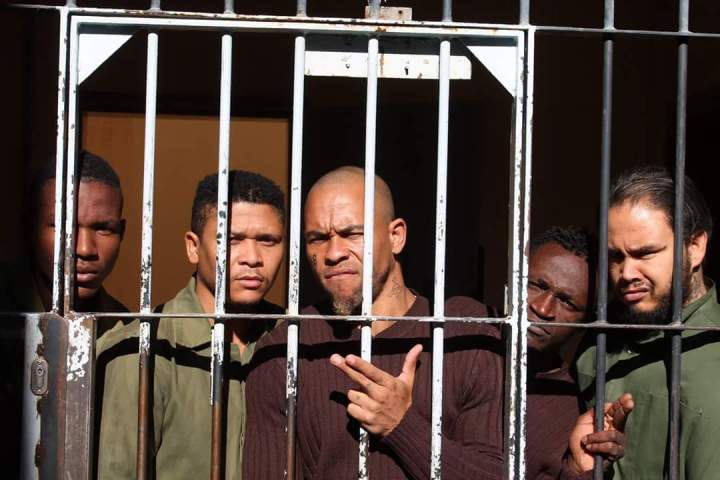 Who is your favourite director/producer in Namibia? Name only one.
In Namibia, one is impossible – but I love working with theatre director, Tanya Terblanche. She allows you to explore your character.

If someone was going to make your life into a movie, who would play you?
I would like to see an older version of South African Novelist and Singer, Nakhane Toure, sit in a chair and do a rendition of my life story depicting it in a film to a younger audience, with the ‘I am Adriano’ theme.

What’s your ultimate dream as an actor?
I would like to wake up every day, finish my radio show, head to production meetings and spend my afternoons in theatre doing repetitions of scripts and teaching theatre. Overall, being on Broadway is definitely a dream.

When you have a five-minute break during rehearsal, what do you spend that time doing?
I go through my script. If I have a co-actor I would try to perfect lines with them as one always wished you had one more chance to perfect a scene.

You recently did JustTina (Tribute Show to Tina Turner). How was that experience like?
Out of this world. It’s not what I expected, in terms of having people from all walks of life. We literally only had 9 days of marketing and sold out. Being Tina made me realize that being a woman and portraying certain characters of a woman isn’t easy. Lashes, heels, wigs, boobs ….LORDT! So it was an overwhelming but fun experience. 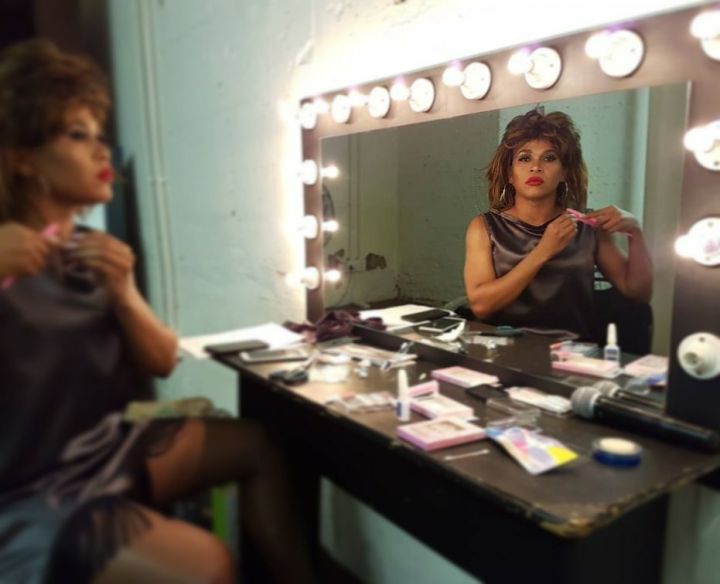 Was this your first time in Drag?
No! I did an “Alaska” (American Drag Queen from RuPaul’s Drag Race and Scared Famous) at Gay Pride parade in June last year.

Would you get in Drag again?
Hell yaaaasssss!

How did your family react to you getting in Drag?
My family always supports my craft moreover they loved it. They loved what #JustTina stood for in terms of fighting and breaking the stigma around GBV.

3 thoughts on “Adriano Visagie On His Acting Journey”