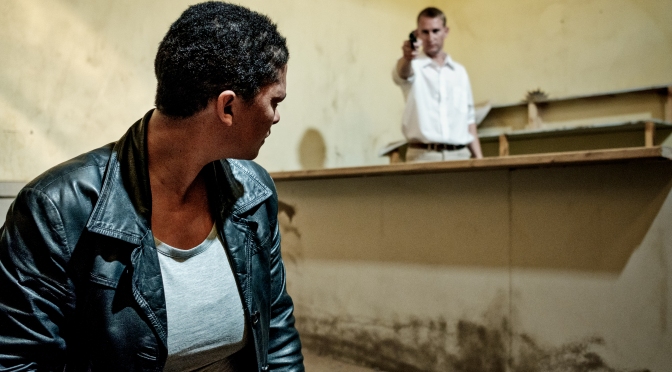 After the crime-thriller won the award at the Silicon Valley African Film Festival, the cast and crew shared their excitement saying that this is a great time for Namibian cinema.

Director Tim Huebschle said the win is huge honour and a boost of confidence, especially coming at a time when the world is turned upside down by the coronavirus pandemic.

“The entire team behind the movie is beaming with joy and as you can imagine that is priceless in a time where we’re still navigating the uncertainty of a global pandemic,” Huebschle said.

Armas Shivute, who plays sidekick detective Shivute in the film, said being part of a film of its caliber was a notable experience in itself, adding that he was not surprised that the film won an international award because it was well written, produced, directed and appeals to everyone.

He adds Huebschle and producer David Benade put a massive team of professionals together to put flesh on the skeleton they sketched.

“I am excited for everyone who was part of the magic,” Shivute said.

Film editor Haiko Boldt said they had a lot of fun making the movie, which is reflected through the appreciation of others.

“I am looking forward to more magnificent Namibian films to come” Boldt said.

Reacting to the win, Pieter Greeff, who took on his first acting role as #LANDoftheBRAVEfilm‘s sadistic Piet Potgieter said the win is beyond his wildest expectations.

“It seems if you keep dreaming and work hard by putting yourself out there dreams do come true. I want to thank Tim Huebschle for giving this fresh green wannabe actor the opportunity and the role of a lifetime,” Greeff said.

Huebschle applauded Joel Haikali’s film Invisibles which won award for best Short Narrative at the same festival, saying that this shows “stories from our land matter to audiences around the world. It’s a great time for Namibian cinema.”

What Everyone Is Reading